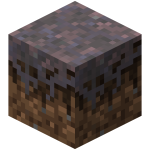 Sporadic Deity of Decay and Flaw

Followers of Mycelyix can cause mushrooms to sprout from the ground on appropriate soil (/c mushroom).

To become a Follower of Mycelyix- visit the Ruined Temple in the islands of the North Eastern part of the map.

Sporecloud : Inflicts plague upon an enemy

Propagate Spores: Creates a sporesack that will inflict plague on all enemies who wander nearby

Plague Ward: Similar to propagate spores, but has a charge up time and is more discrete

Flawed Existence: Take on several debuffs and the plague, but gain resistance, speed, and jump boost