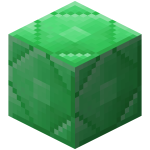 Father Deity of the Sired Divines.

It is believed that he holds power over all of the magic the Sired Divines offer to their followers but there is one spell heralded as power directly from him.

Planu is the ancient god of the Setlians, a race of humanity that brought Planu to Templehelm as their first empire crumbled behind them. The era after Planu and his followers' arrival in Templehelm was marked by violence and eradication. The first peoples to suffer at the hands of Planu and Planu's allies were the Aurites. The second were Planu's allies themselves, the first Zeolites. Third were the forest children that fought until only an isolated few were left. After this, Planu's followers, the Setlians, used the moniker Emeraldites.

The period after that era of bloodshed was known as the Dieotakas (I, not to be confused with the Second Dieotakas, or Great Upheaval). During this time, the very environment lashed out against all settlers who did not follow Planu. Many started to worship the causes of these disasters, thus arose the first of the Sired Divines, Planu's chosen six. They were Akwal, Cavilon, Deserma, Netharna, Wildaven, and Wintival. During the Dragon War and Age of Dragons, an elder god by the name of Zelphair was released from his tomb within the heart of one of Templehelm's vast rainforests. After helping the peoples of Templehelm defeat the Dragons of End, Planu absorbed Zelphair into the pantheon of the Sired Divines and made the Six into Seven.

Heralded as the God of Death, according to a mysterious shrine christened "the Pillars of the Pantheon" by the industrious clansmen of the Blue Mountains. Planu is actually sort of an allfather God, and is worshiped as the supreme of all gods in Templehelm. His followers uphold justice, order, and peace, though there are those who follow heretical notions of Planu as a sinister god, rather than as the force of benevolence that Planu has adhered to after the Emeraldites conquered Templehelm in ancient times.

This is disputed. Here are two prevailing views:

Too many to be counted, as Planu is aided of seven gods, all whom respect him, so those that worship them, worship Planu. The seven gods are Zelphair, Netharna, Cavilon, Wildaven, Wintival, Deserma, and Akwal; with Zelphair being the newest god to join Planu, right after the defeat of the Dragon Queen.

The Emeraldites worship Planu, as do the Cult of the Countless and some individuals who believe the Eight to be beneath Planu